No matter what side of the face-to-face vs. virtual events debate you weigh in on, the reality is that we live in a digitally-connected world. Your influence is affected by how visible (and connected) you are online, and those who are well-connected in cyberspace can even get real-world perks. For example, the Palms Casino Resort in Las Vegas now checks Klout scores (a compilation of influence in various social networks) as guests check in to determine room upgrades. The reasoning is that these people are more likely to spread positive feedback about the hotel.

Regarding virtual trade shows and events, a 2011 study conducted by EXHIBITOR Magazine discovered that less than 40 percent of companies surveyed had ever participated in a virtual event, and of those only 28 percent felt the event had met or exceeded their expectations. Those who had participated said the benefits included increased brand awareness and extended reach, but that the experience missed the energy of live events. So now focus has shifted from strictly virtual to hybrid events, which are a blend of in-person and online components. This allows for that onsite energy to carry over into the virtual world for those who weren’t able to attend due to travel or budget issues. Hybrid components include live streaming of presentations alongside chat boards and Twitter feeds. Some of the benefits include an increased audience (those who wouldn’t have been able to attend live), more idea sharing and networking, the ability to extend not only the reach but also the timeframe (by archiving recordings online), and added sponsorship opportunities. For more great tips on hybrid events, check out the blog of Emilie Barta, virtual host and emcee, and this review of PCMA’s hybrid meeting by Thom Singer. 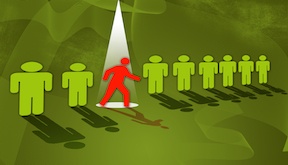 “Brand awareness.” “Generating buzz.” “Experiential marketing.” Everybody’s talking about these popular business topics today, but how many trade show exhibitors are really putting them into practice? Although trade shows …
September 27, 2012|