No doubt this week the big news revolved around the fate of the Trade Show Exhibitors Association (TSEA). First it was rumors, then there was a formal announcement on Tuesday that TSEA will be closing its doors.

Having been the primary association for exhibitors in the U.S. since it was formed in 1966, TSEA currently has about 5000 members. But lately there have been struggles, as evidenced by the cancellation of last year’s TS2 annual conference and trade show. So it’s no great surprise to hear that the association as we’ve known it is going away, but it’s perhaps the proposed solution that is causing the most controversy.

On Tuesday, TSEA announced that it will transfer all members and assets to the Exhibitor Appointed Contractors Association (EACA), pending final approval of the membership. Based on initial response in the online exhibitor community (particularly the TSEA group on LinkedIn), that may not go so smoothly. In the meantime, the two associations are working together to continue to deliver on scheduled events and member benefits, according to a story by TSNN.

It’s ironic that this announcement comes just prior to next week’s EXHIBITOR Show in Las Vegas. For years, that show was seen as the primary competition to TSEA’s TS2 event. It will be interesting to hear feedback at next week’s show (I’m sure TSEA will be a hot topic), so for now I’ll reserve further comment. But watch for a continuation of this topic, including some ideas I have for replacing what TSEA offered.

In the meantime, were you a member of TSEA? If so, what are your thoughts on this change, and what will you miss most about the association? Please share your comments below. 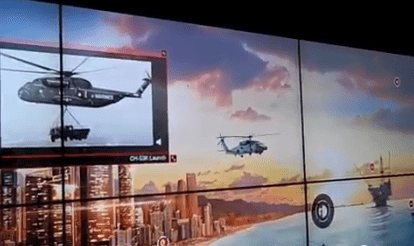 While there didn’t seem to be any “stop the presses” product revelations at this year’s EXHIBITOR Live (formerly known as the EXHIBITOR Show), there were a lot of clever innovations, especially …
March 13, 2015|